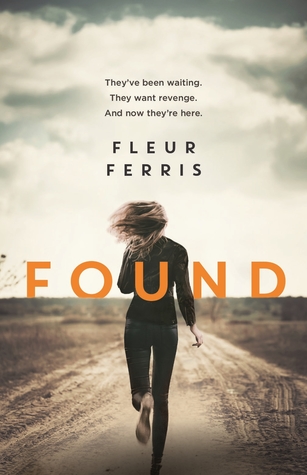 Elizabeth Miller had lived in Deni her entire life. In a small rural town, Beth’s biggest problem is telling her protective and fiercely private father that she has a boyfriend. But when her dad disappears before her and Jonah’s eyes, Beth discovers that he isn’t who she thought he was. Her family’s secret past has caught up with them, and someone wants her dead. Beth has been unwittingly prepared for this moment her entire life. Can she find a way out before they find her?

Fleur’s latest book is an intense and energetic novel that will grab your interest until the very end. The best thing about this book, or the worst depending on your reading style, is that there is little buildup to the action and drama of the plot. In the first three or four short chapters you’re introduced to Elizabeth, her boyfriend Jonah and you get to know a little about her parents too but mostly you’re just thrown right into the action. Being a short book I am glad that it went right into the action but at the same time I do enjoy going into a book connecting a little more to a character since I’ve been reading longer books lately so I didn’t really get into the book until around the 50-100 page mark. Once I was into it though I was obsessed with finishing this book.

It’s always interesting when you’re experiencing the same thing as a main character in a book though and it was like that once all the secrets her parents had been hiding were all revealed to Elizabeth because she was very much in the dark about most of her parent’s real lives so she was just as shocked and I was. I definitely think she handled it better than I would have though and she really stepped up to help her parents so that was so cool to read about as she took charge of her own situation.

Reading Found was definitely like watching a spy/action movie because while I was reading the book it was like I could hear the whooshing of the bullets and feel the same tension in the character’s shoulders. The descriptive writing really put me in the shoes of the characters and it was fun to try a book I wouldn’t usually read from an author I’ve really been wanting to read a book from for years. Now that I know how fast-paced and sweeping her books are I definitely want to go back and read her earlier books like Black and Risk since I’ve seen those fantastic covers so many times around everywhere.

(Thank you to Penguin Australia for sending a copy of this book in exchange for an honest review. Found is out now in stores and online in Australia!)